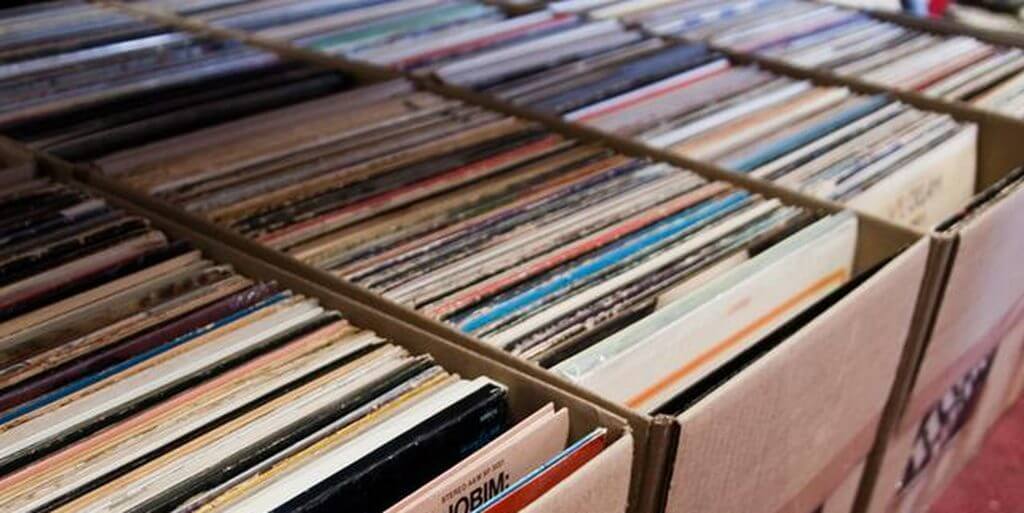 The Josey Dallas and Lubbock locations are now buying books and DVDs! Now you can bring all of your music and all of your books and movies to one location to sell. We also make appointments to look at large collections and can come to you. Call us today for more information or simply bring your books & movies in for a valuation and offer today.

We are always buying records and CDs and oftentimes we will consider cassette tapes. Our Dallas & Lubbock locations also buys books & DVDs. What we are able to offer depends on a number of things, including genre, condition, how many copies we already have and how often people ask us for it. We can only consider records that are in their original sleeves and jackets and CDs, DVDs and cassettes must have their case and inserts. 45s and 78s do not require the original sleeve but must be in playable condition.

There is always someone available during our business hours to make you an offer. If you have a large collection, we can also come to you by appointment within a day or 2. Give us a call and let us know how we can help you. Our friendly staff will be happy to answer any questions you might have.

RECORDS AND GENRES WE ARE LOOKING FOR:

We buy many sub-genres/styles of jazz on LPs, 45s, and 78s: from the hot jazz of the 1920s & 1930s to the be-bop, hard bop, post-bop and jazz vocals of the 40s, 50s, and 60s. Original pressings of these LPs are most desirable, but we also purchase later (usually 1980s) pressings of these classic recordings. We are also interested in soul and funk jazz from the 60s, 70s, and 80s, along with avant-garde, free jazz, spiritual jazz, and fusion. European and Japanese recordings may be of special interest to us, as well as white label promos, DJ copies, radio station collections, and records made by obscure artists.

We buy all kinds of blues LPs, 45s and 78s: from the acoustic, pre-war country blues of the 1920s and 1930s to the electrified city blues of the 1950s and 60s and right on up through the present day. Southern, Delta, Texas and West Coast blues. Chicago, Detroit, Memphis, Kansas City, St. Louis and New Orleans blues. Piano blues, guitar blues, jump blues. Rhythm and blues, British blues, blues revival, blues rock, etc.

We buy a wide range of sub-genres/styles of rock LPs , 45s & 78s: early rock & roll and rockabilly of the 1950s and 1960s; garage, psychedelic and British invasion of the 60s; progressive, hard rock and metal from the 60s, 70s, and 80s through to the present day; punk and hardcore from the 70s through the 90s; alternative, new wave and indie rock from the 80s through the present day as well as synth, electronic, folk, singer/songwriter, AOR, etc. White label promos, DJ copies, radio station collections, and records made by obscure artists may be of special interest to us, as well as UK pressings and certain other international pressings.

We are interested in a wide variety of soul, funk, R&B and doo-wop LPs, 45s & 78s – from 1950s R&B to 1990s neo-soul and everything in between: northern soul, deep soul, southern soul, sweet soul, modern soul, and blue-eyed soul. Motown, Philly, Chicago, Detroit and Memphis soul. White label promos, DJ copies, radio station collections, and records made by obscure artists may be of special interest to us.

We buy lots of 12” singles from the disco era – from the first 12” singles of the mid-1970s to the boogie and modern soul sounds of the 1980s on to disco rap, Latin disco, Italo, synth, imports, etc. White label promos, DJ copies, radio station collections, record pool collections and records made by obscure artists may be of special interest to us. We also buy disco music on LPs and 45s.

We buy hip-hop and rap LPs, 12”s and 45s: from the disco rap and old school styles of the 1970s and 1980s to the golden era of the 1990s and even some indie rap through the 2000s. Random rap, gangster rap, electro, underground, Miami bass, etc. Promos, DJ copies, radio station collections, record pool collections and records made by obscure artists – often on obscure labels — may be of special interest to us. We also buy rap CDs, especially on smaller, local labels. CDs must be in cases with their inserts.

We buy reggae LPs, 45s and 12” singles: the early ska, blue beat and rocksteady styles of the 1960s; the roots, rockers and dub sounds of the 1970s; and some dancehall and digi-roots from the 1980s. Dub plates, blanks, pre-releases, UK and Jamaican pressings may be of particular interest to us. We also buy other Caribbean styles: early calypso, island soul, island funk, etc. from Trinidad, the Bahamas, Barbados, the Virgin Islands, etc.

We buy Latin LPs, 45s and 78s from the 1940s through the 1980s. We are particularly interested in the more danceable styles: Boogaloo, Latin soul, salsa, Latin funk, Latin jazz, mambo, guaguanco, descarga, charanga, etc. Records recorded and manufactured in Puerto Rico, Cuba, Colombia, Venezuela and elsewhere across Latin America may be of particular interest to us, as well as many titles on the iconic New York Latin labels: Alegre, Cotique, Fania, Tico, Vaya, etc.

We buy certain collections of classical LPs. Classical LPs must be in Near Mint condition for us to consider purchasing them. Certain imports and UK pressings may be of particular interest to us, as well as some titles on RCA Living Stereo, Mercury Living Presence, Telarc, DGG (Deutsche Grammophon Gesellschaft), London and Columbia. Audiophile and digital recordings on labels like MFSL, Nautilus, and Philips can also be desirable. Chamber music, sonatas, partitas, violin, and cello performances, avant-garde and 20th century classical may also have potential to pique our interest.

GENRES WE DO NOT BUY

While we do buy a ton of different records across a wide variety of genres, there are certain records that we simply can’t do anything with. These include easy listening, big band, Broadway musicals, opera, most comedy LPs, Time Life and Reader’s Digest box sets, children’s stories and exercise records.